No, I am not crying.
I hold my face in my two hands.
To keep my loneliness warm
Two hands, protecting,
Two hands, nourishing,
Two hands preventing
My soul from leaving me in anger.
–Thich Nhat Hanh

So….anger. So many different kinds, so many different uses. Yes, I did say uses. Someone I love told me she’d had a horrible fight with her husband recently, and felt “eviscerated.” That’s a good word, I think; it’s certainly how I feel when I have a fight with my husband, and as I thought about this, I compared it to the difference in “fights.” Or arguments. Anger. I fight with my husband. I fight with my daughter. I argue with some authority figure in my life. Someone does something unfair, and sometimes I can do something about it–or I tell myself I can–and sometimes I can’t. Carol Tavris, in “Anger, the Misunderstood Emotion,” points out that anger is a signal that something isn’t right. It’s a particularly difficult-to-manage signal though, isn’t it? I agree that anger can be used, but its very quality tends to cause us to get ourselves into a state where we are not prone to use it very intelligently. It depends on the situation, I suppose: if I have an argument with my daughter, I find that my anger tends to be more of the broken-hearted variety: because I adore her and see myself as her protector and caretaker, when we are angry with each other, it just….hurts. If I argue with my husband, that’s a different matter: the power balance is equal, and no one has to be taken care of, protected from my wrath. We can be absolutely vile to each other. And this is where Thich Nhat Hanh’s poem comes in for me, because if we really, really get into it, it is truly as if my soul leaves. My ego takes over, and I’m furious enough to let it. Thus, my soul flies away, retreats, sometimes seems to die. It seems the poet is saying, here, that if we were to cherish even our anger, hold it, honor it, the soul would not retreat. What would this look like? What if we were to somehow manage to pause in the midst of the worst fury, and hold and cherish that rage, honor it, examine it, retreat with it….. What then? If anger is meant to be used for good, and in that it is almost invariably precipitated by the self at war with the Self, would this not be the act of kindness that is demanded, rather than the self-immolation that one thinks one is inclined toward?

One thought on “Anger” 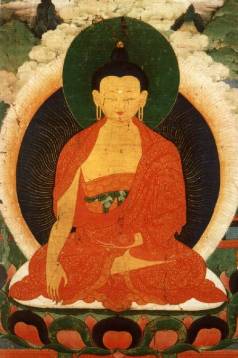 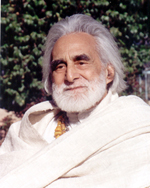